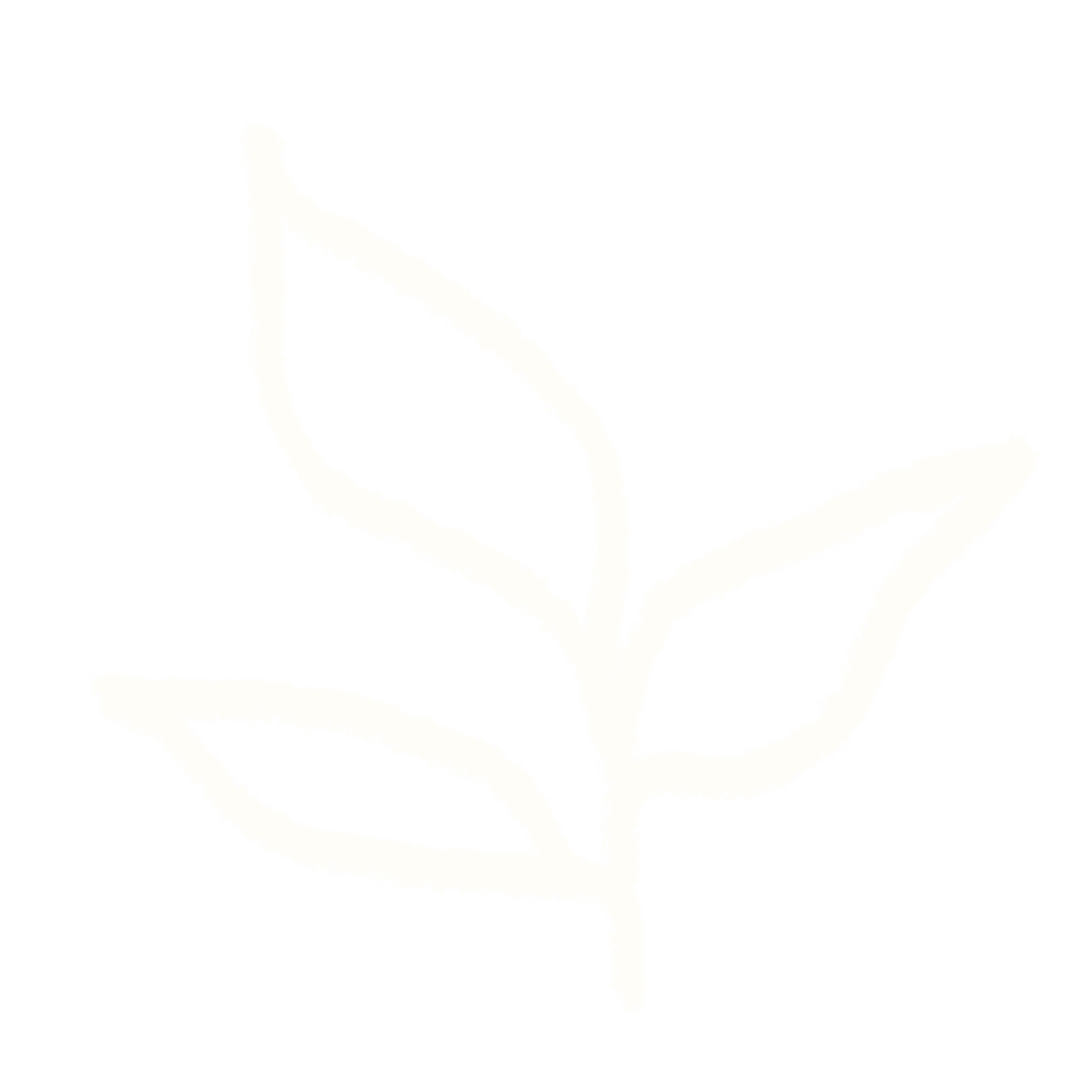 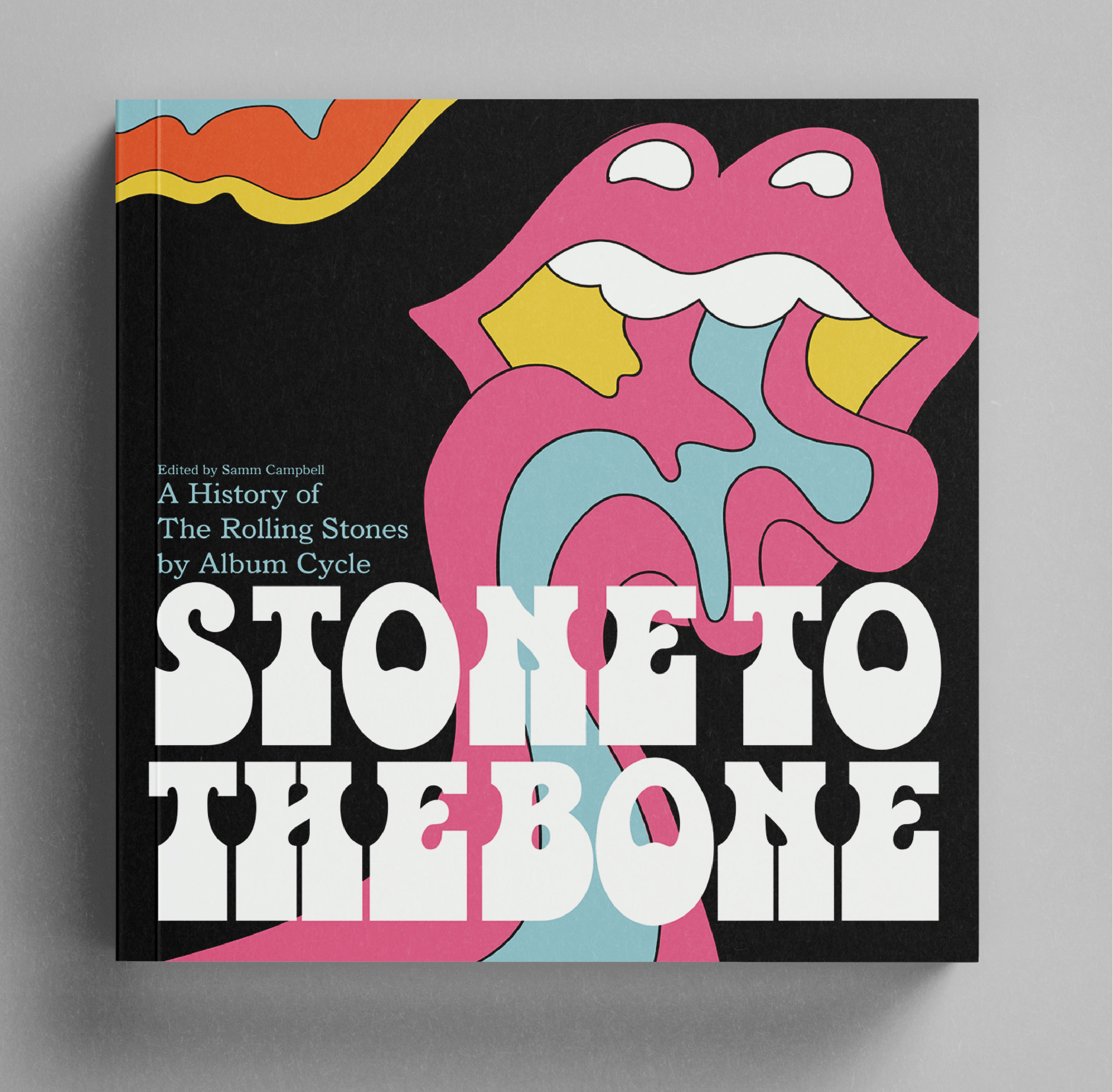 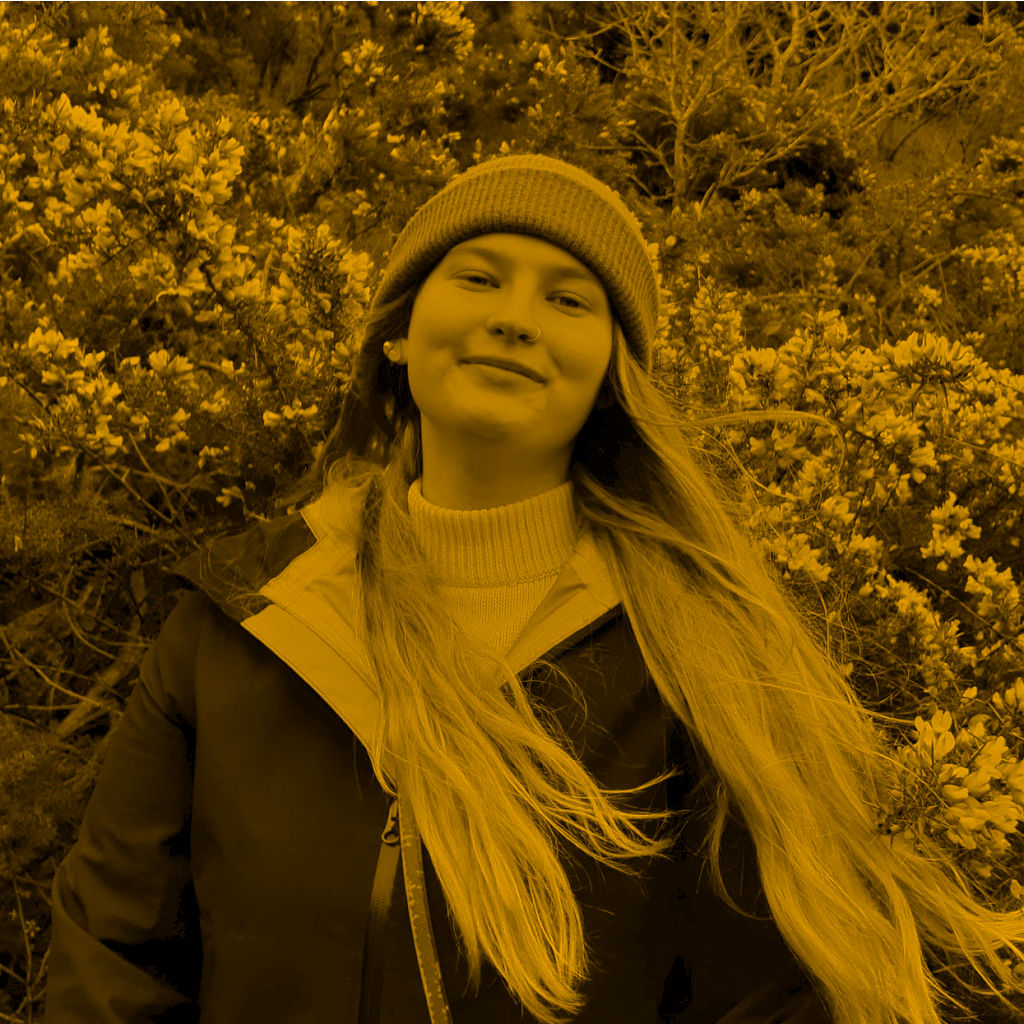 Designer(s)
Samm Campbell
Duration
13 Weeks
Recognitions
Stone To The Bone is a 178 page historical account of The Rolling Stones by album cycle. This book is a deep dive into the band, their music and the mayhem they caused each year that they released an album. There are stories about doing drugs, writing killer tunes and breaking the law alongside historical accounts of the albums, lyric break downs and vintage photos of the bad boys of rock'n'roll through the years.
The Rolling Stones have been one of my favourite bands for as long as I can remember. I’m fascinated by their longevity and ability to adapt through the years to stay popular and relevant. I love learning about the history behind bands and the album making process and I figured that this book would be a great way to explore a cross section of my interests. 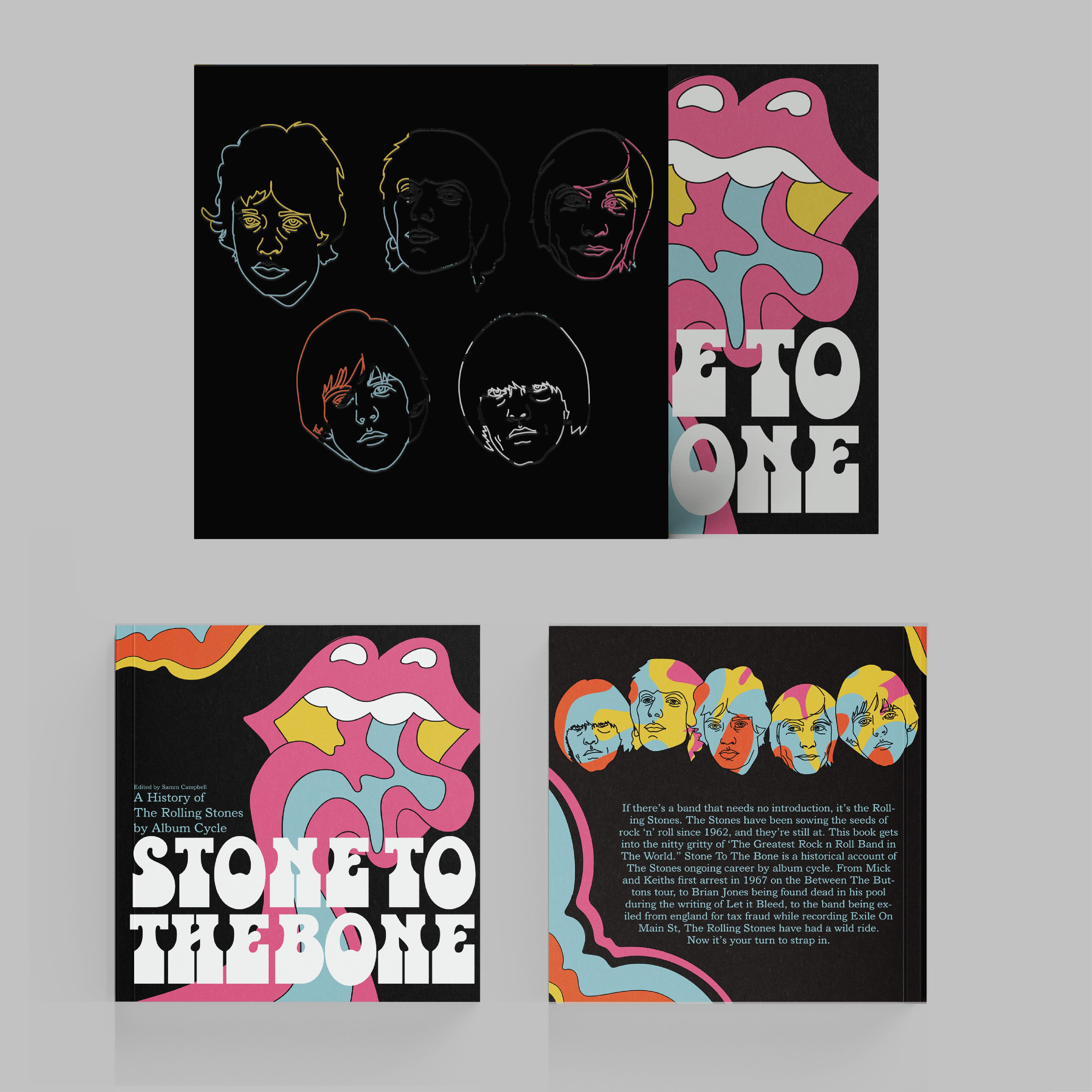 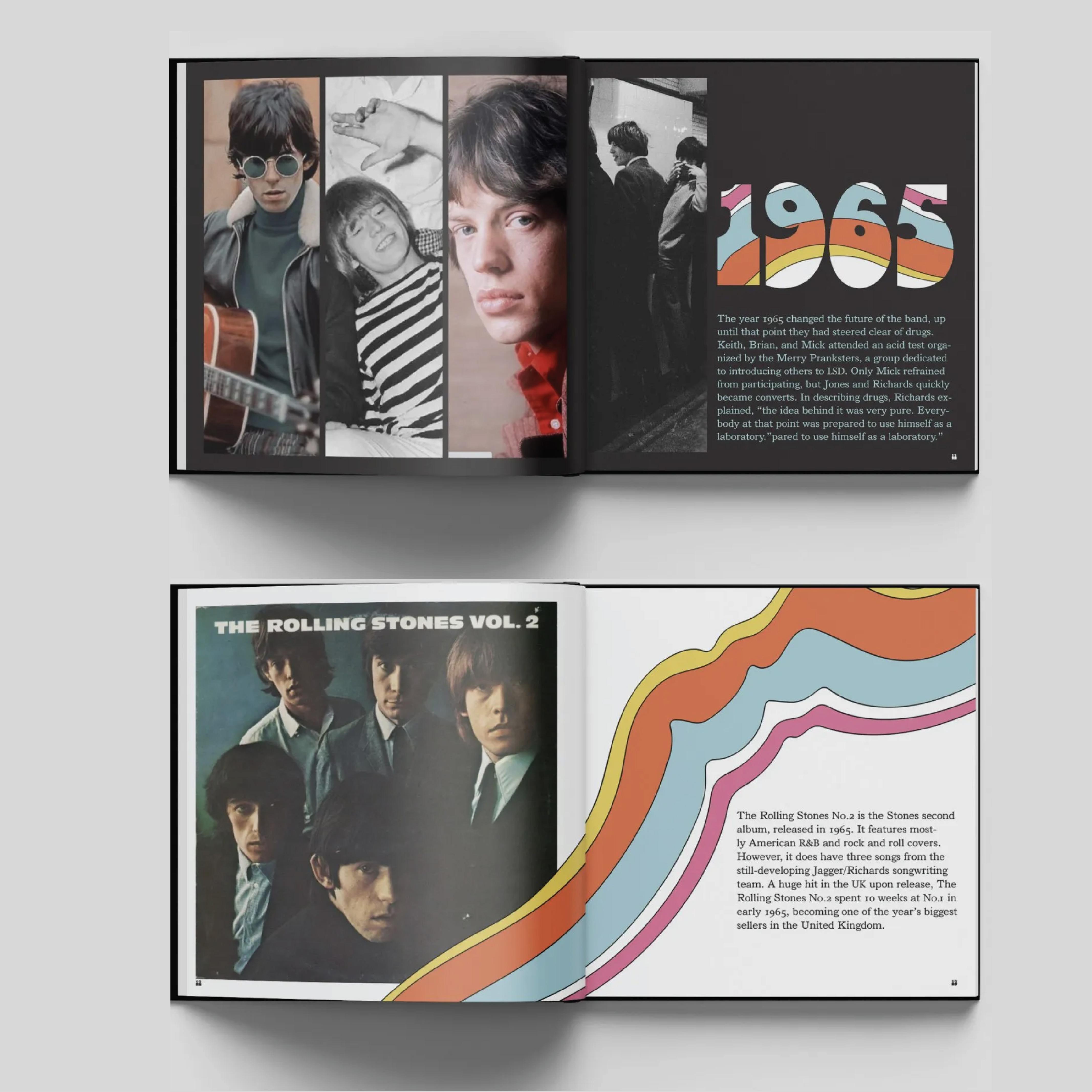 The years the band released albums and went on tour coincided with some of their more wild activities. Rather than chronicling every year of their lives I figured focusing on the album cycle would ensure that no areas of the book were lacking in content. The books layout consists of dividers for each year an album was released with a write up about what was happening in their lives at the time, as well as spreads going in depth about each album, lyric break downs of popular songs and essays and articles about some of the boys more scandalous activities to create both an accurate and interesting history of the band.
The Stones started in 1962 and their early work is some of their most influential. Although the book encompasses The Rolling Stones entire discography, the image they created for themselves in the 60’s and 70’s shaped who they were and cemented their place as rock’n’roll legends. I feel like it is still representative of them and because of that I designed elements of my book to be reminiscent of the 60’s and 70’s music scene of which they very much helped to shape. 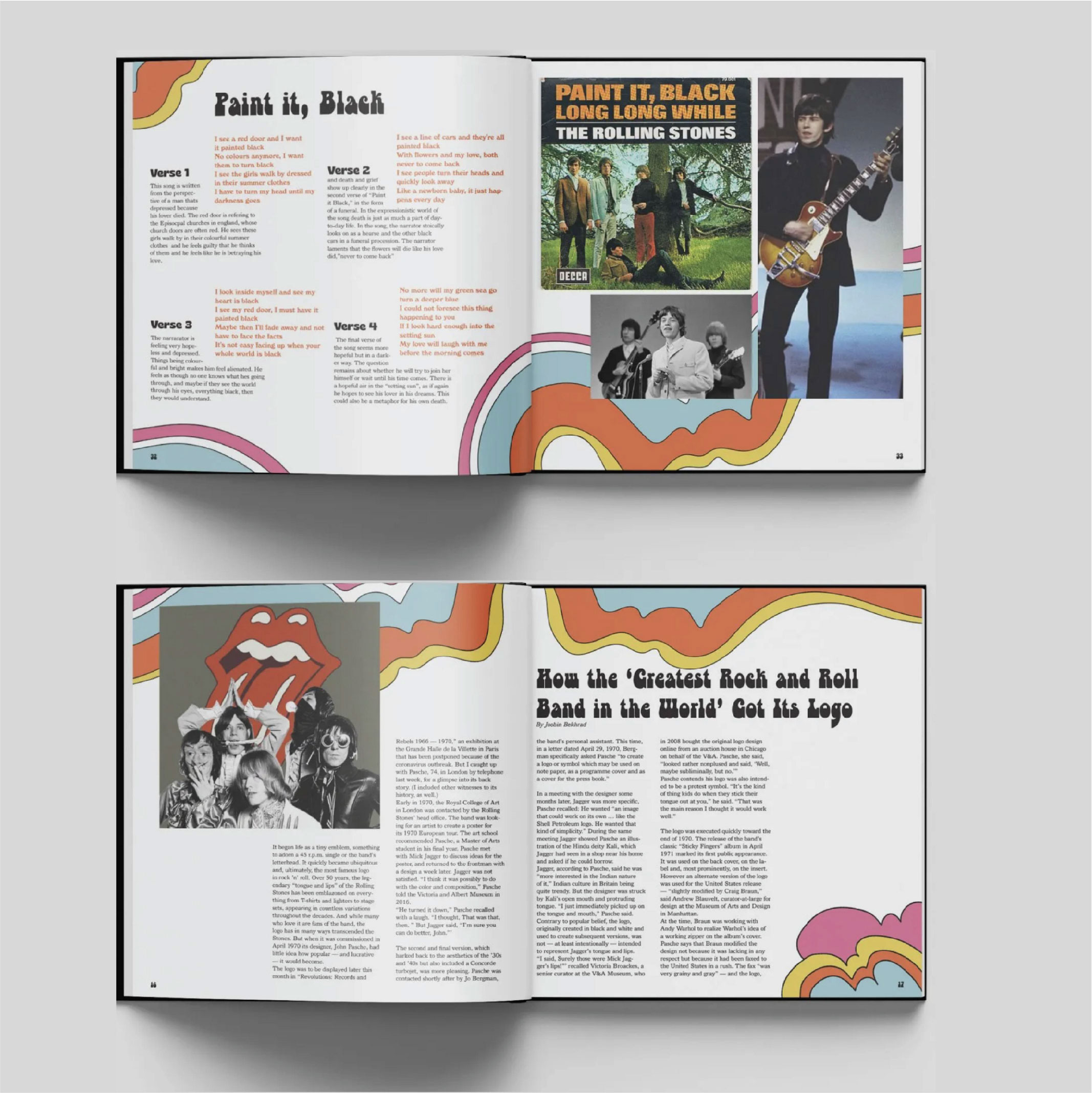 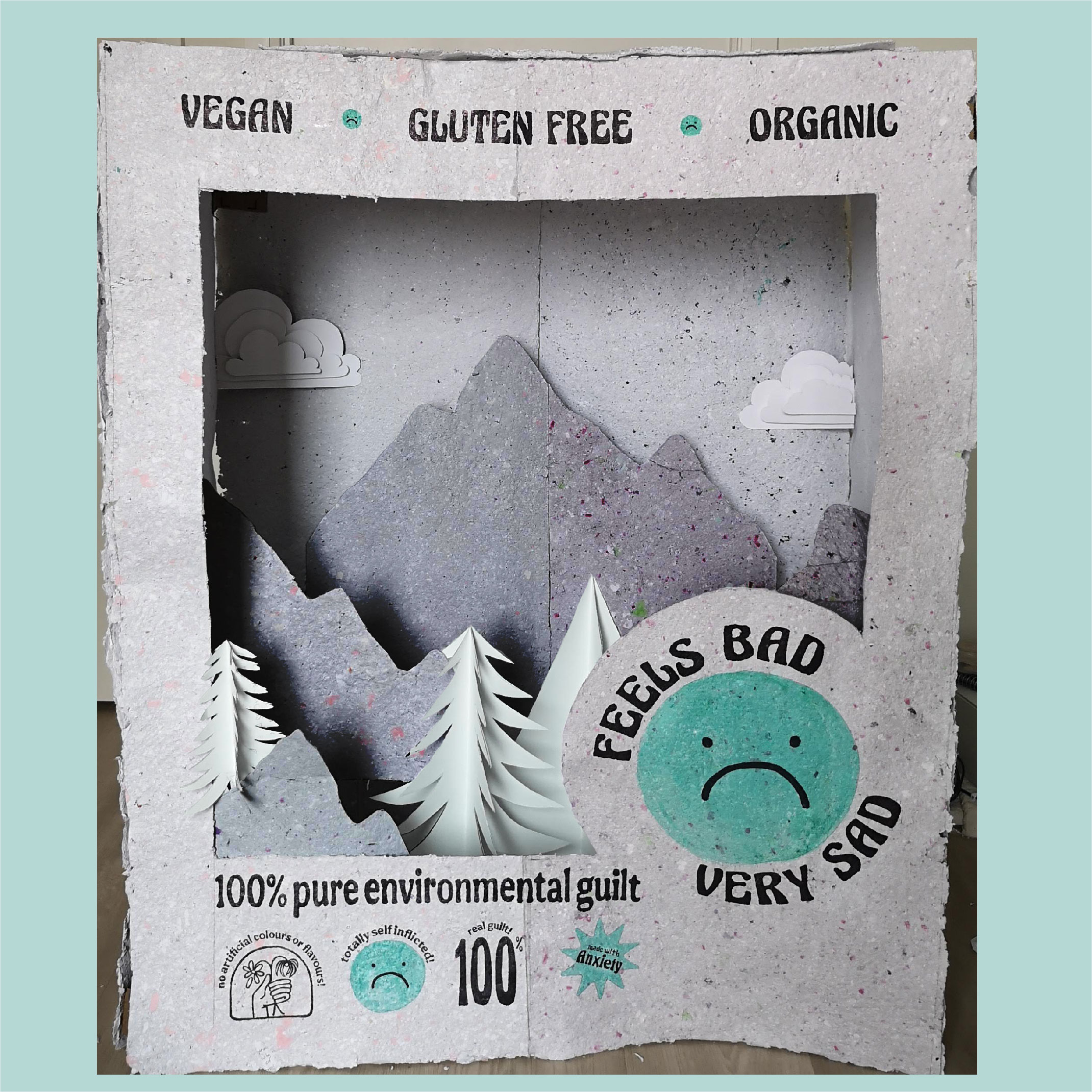