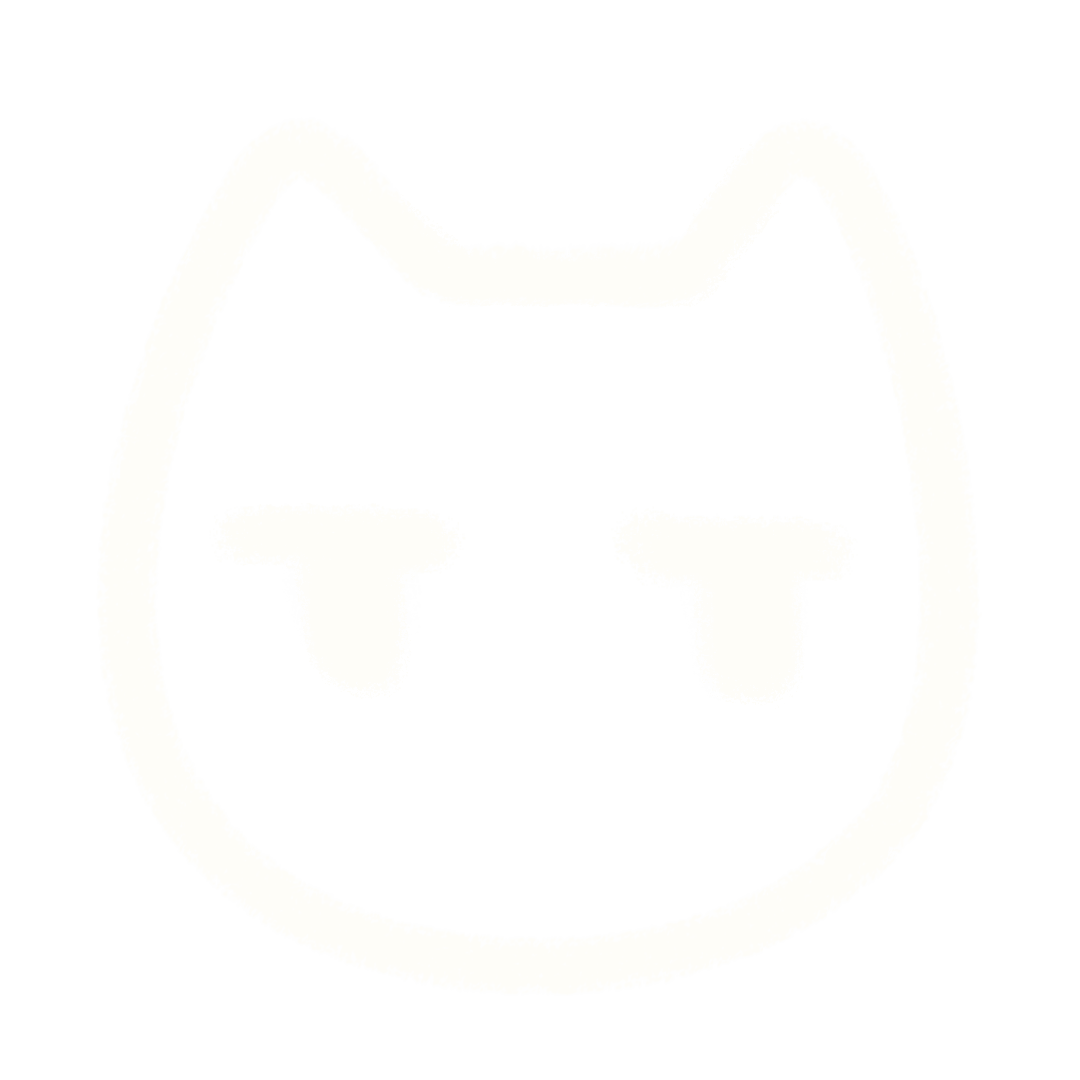 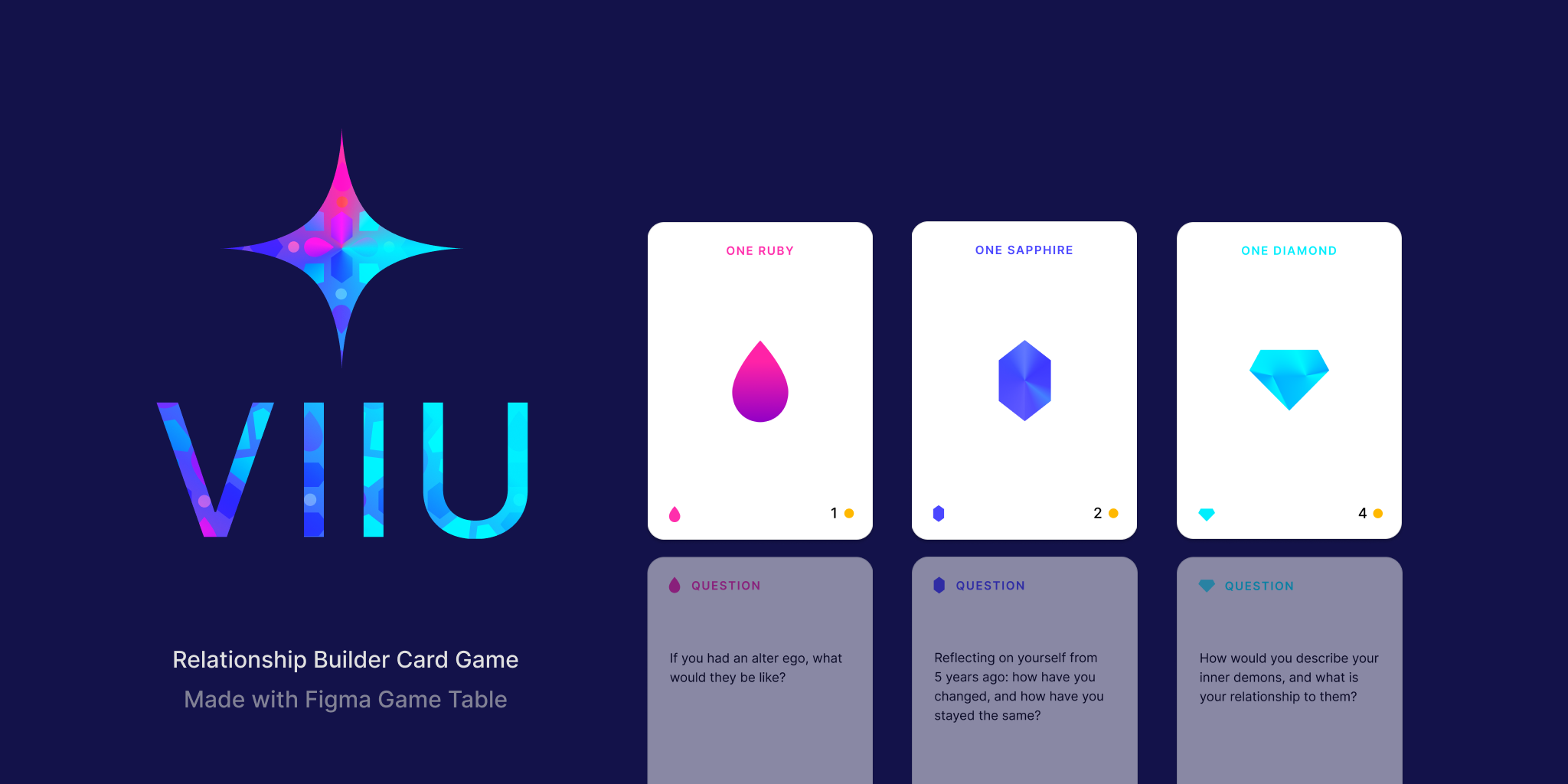 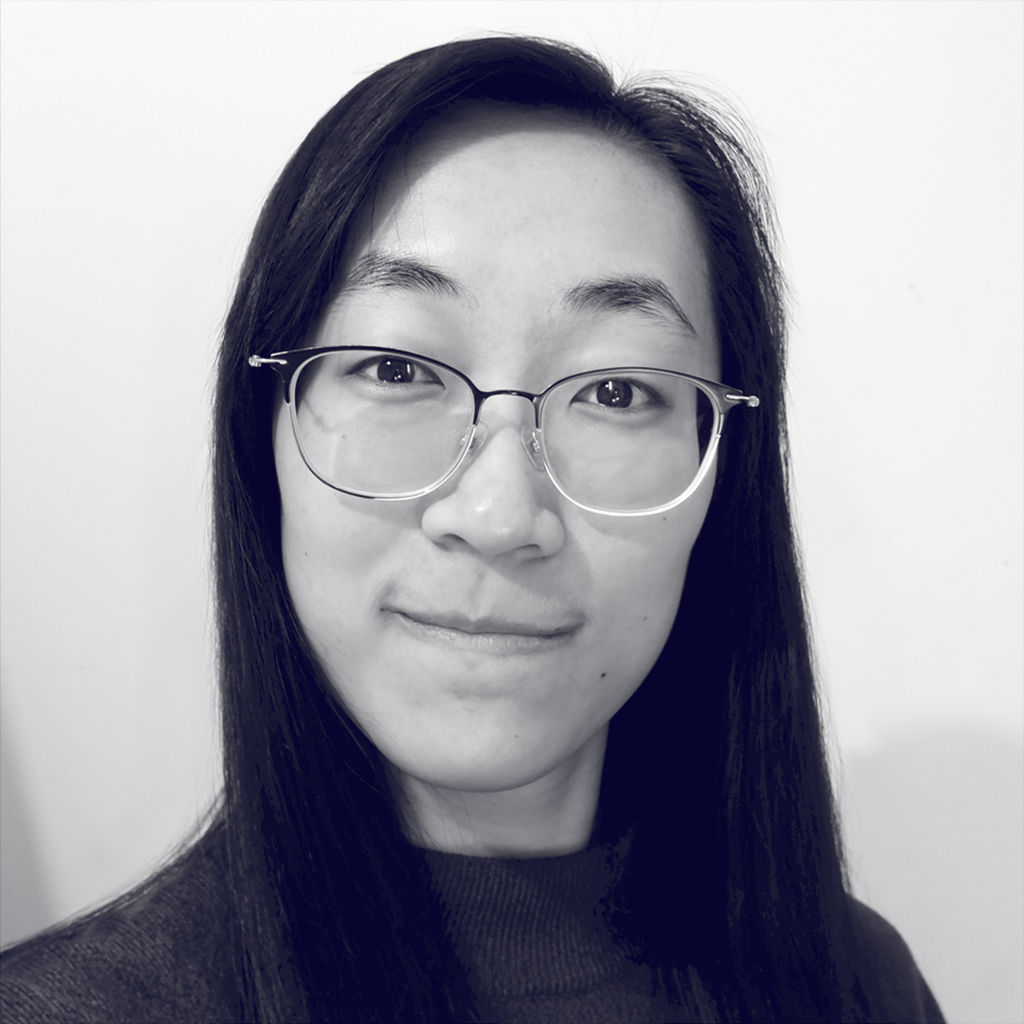 Designer(s)
Elise ZiYuan Wang
Duration
0 Weeks
Recognitions
Context & Introduction
What does well-being look like from a Highly Sensitive Person (HSP)’s perspective, during the COVID-19 pandemic? During the first half of my final year thesis, I had the chance to conduct primary research with a small group of individuals worldwide who possess Sensory-Processing Sensitivity (SPS). Through a combination of short-form surveys and long-form written interviews, I was invited in to the everyday feelings, struggles and triumphs of these thoughtful individuals. One major thematic insight in both factors of well-being and ill-being was the power of interpersonal relationships. As relationships affect the well-being of most humans, I narrowed down on this insight to create an interactive project that would be useful to both HSPs and the general public. My aim with VIIU was to create the conditions in which neurodiversity knowledge and insights can be gained interpersonally as a unique way of spreading awareness, igniting change, and strengthening relational well-being.
The Game
VIIU is an in-depth ‘relationship builder’ card game focused on deep questions and conversation prompts in the form of a deck of cards. Designed to kickstart important conversations that may not happen casually, VIIU enhances existing relationships in a gamified way. There are four official modes in which to play VIIU: Relaxed Mode, Game Mode, Token Game Mode and Solo Mode. In the first three Modes, players take turns drawing Gem cards. Gem Cards contain all the Questions that make up the heart of VIIU, divided in to three difficulty categories: Ruby (light), Sapphire (medium) and Diamond (heavy). Some Gem cards contain surprise Wild cards, which are bonus minigames and creative challenges. Players answer the question or complete the challenge for Gems. After a game, Tokens (points) collected from Gems can be exchanged for Gift coupons — creative DIY gifts and fun favors fulfilled by another Player of choice. 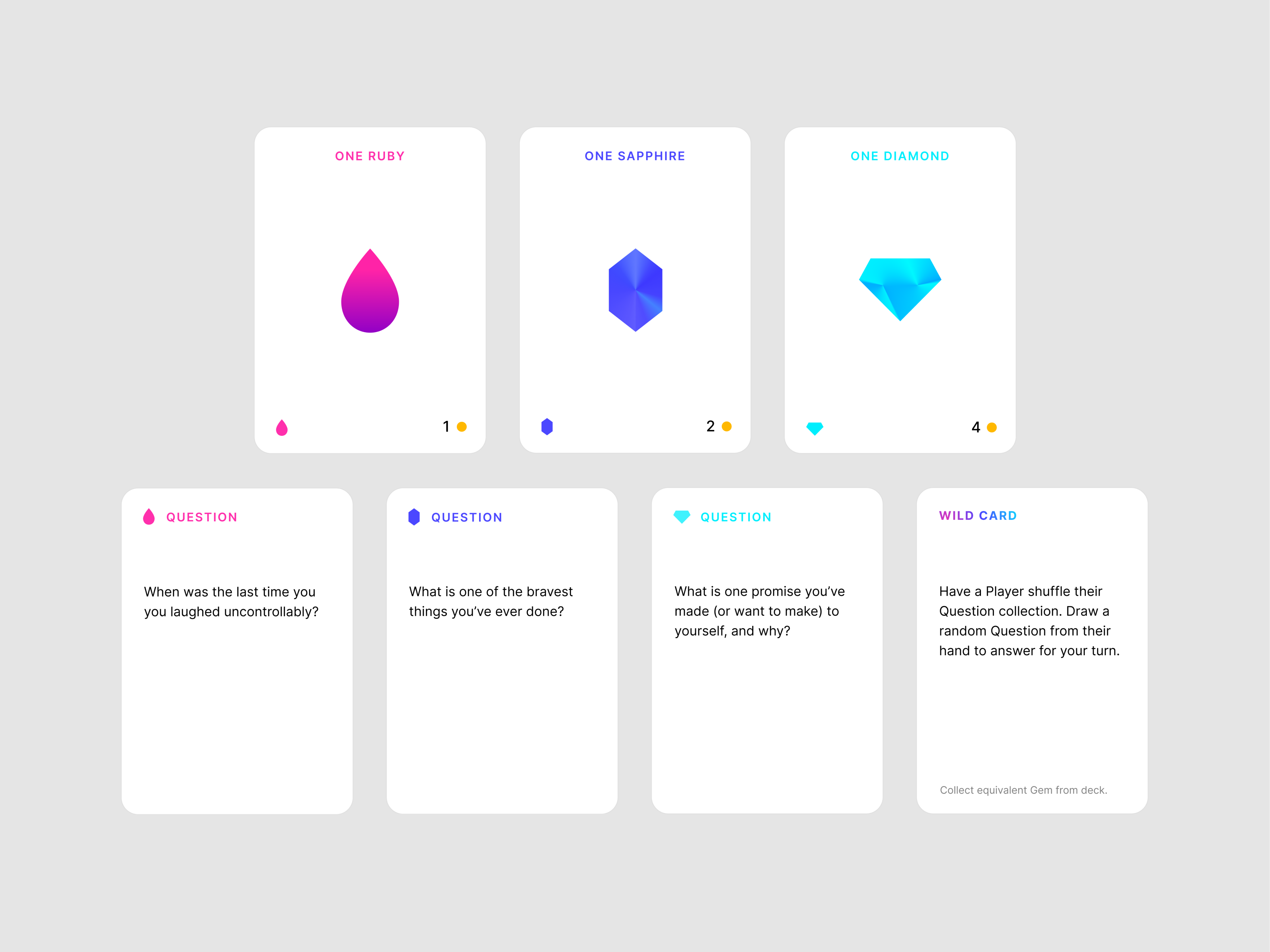 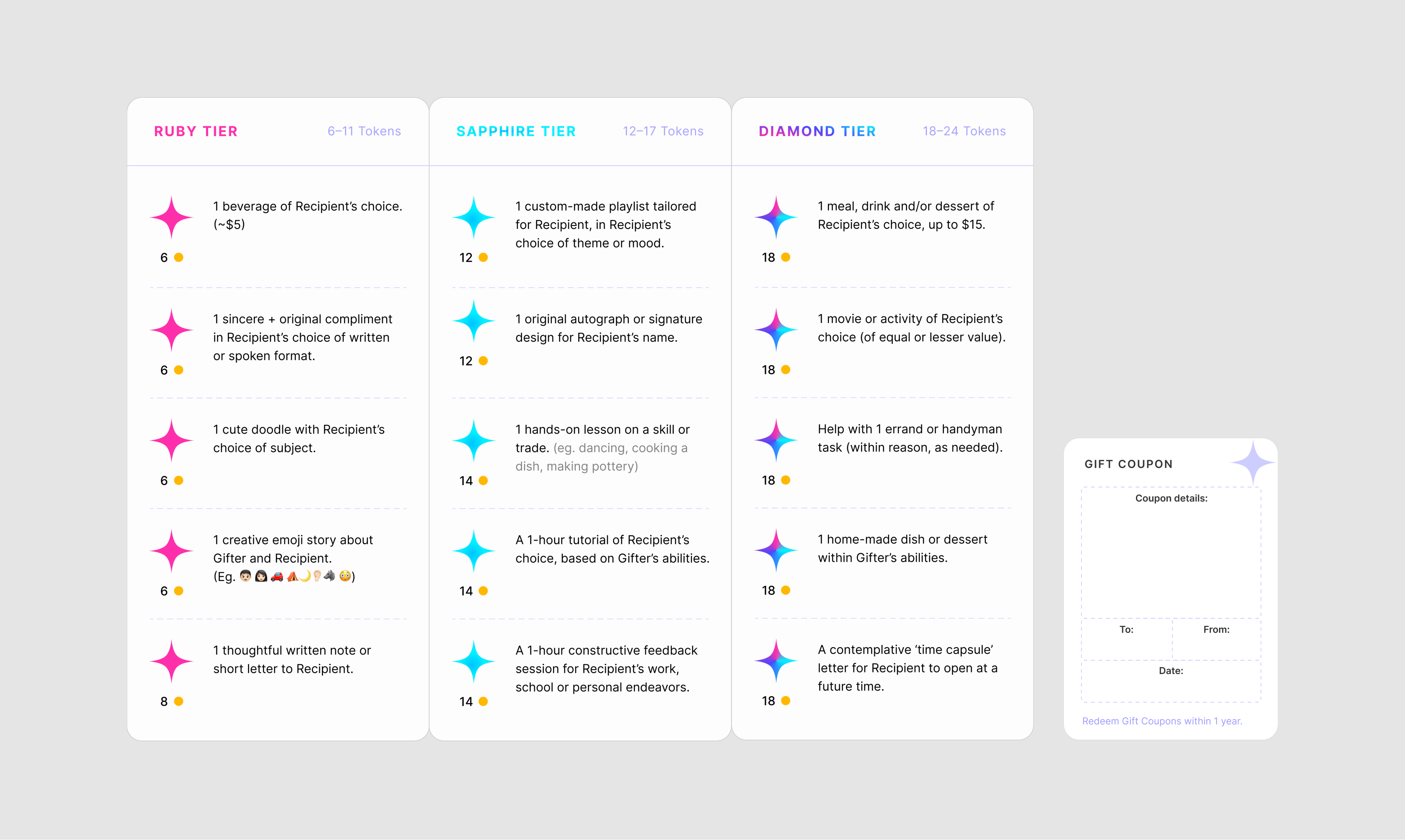 Design Process
After the extensive research and ideation phases, I synthesized insights and observations to write an extensive list of deep relational questions divided in to three difficulty levels. Topics include personality psychology, learning styles, philosophy, emotional intelligence and self-development. In the low-fidelity prototyping stage, I considered card orientation for long-form text, layout of the physical card game, and types of visuals that would represent the card categories in a succinct yet appealing way. I decided to use gems as a widely recognizable symbol system that functioned similarly to the playing card suits. Discovering a Figma plug-in called Game Table allowed me to build a digital card game that can be played virtually during a quarantine. After weeks of in-class feedback, I invited friends outside of my program to play a few test rounds. Their invaluable feedback helped me to streamline and refine the game to what it is now.
Brand, Package & Next Steps
The name VIIU came about as a homophone of “view” — reflecting the game’s potential to change one’s perspective of themselves and the people around them. The star logo represents the space between the corners of four cards. While building on Figma, I prototyped and built a simple box and 3-deck card holder as my prospective product package. The above semi-real photo mockup was one of several, created to materialize the game as a potential retail product. The project was wrapped up at this point for the sake of time, but in the future I plan to refine VIIU’s visual identity and package design, as well as create a short motion graphic to introduce the brand story and game concept. VIIU will be made available to play on Figma Community later in 2021. 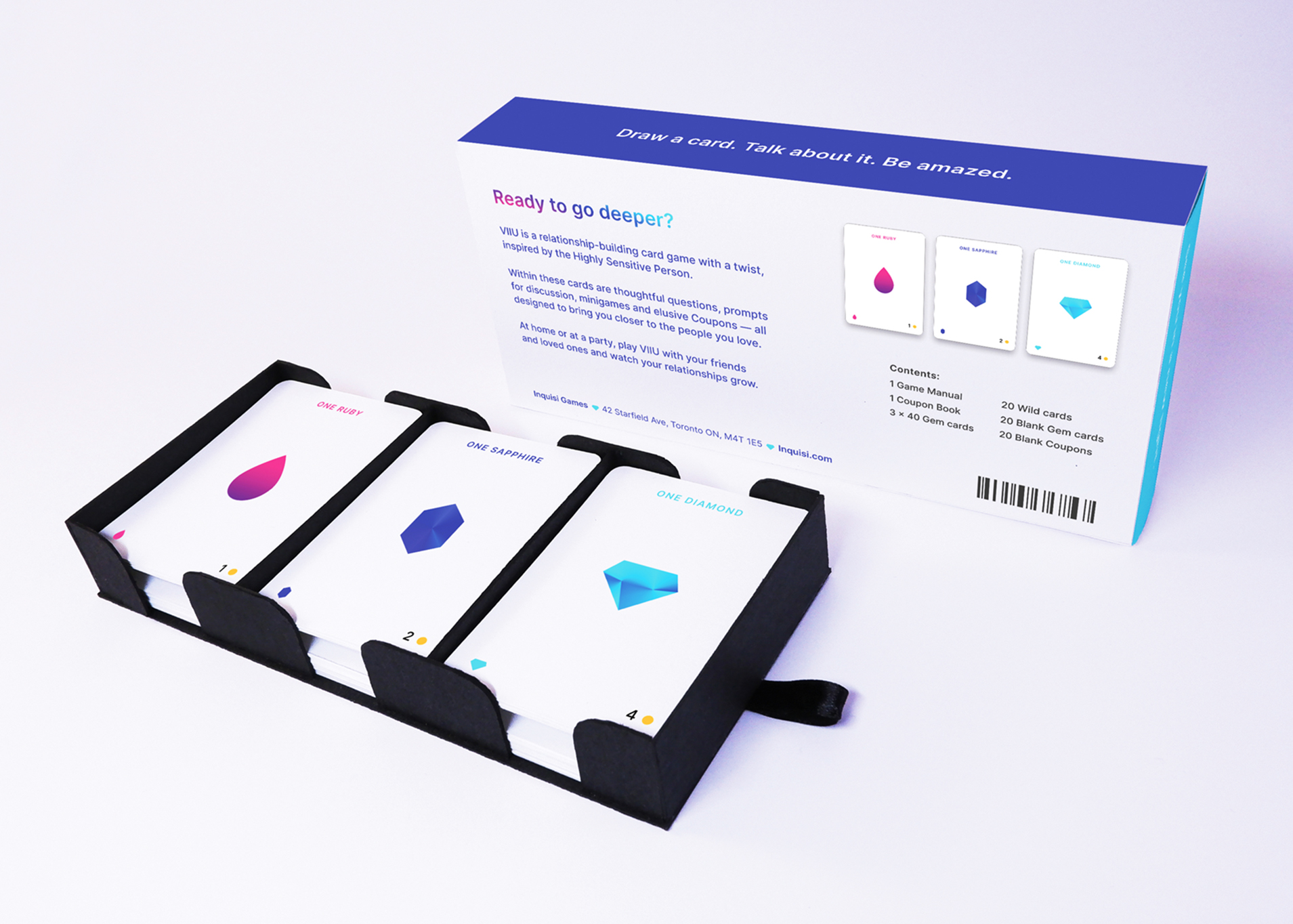 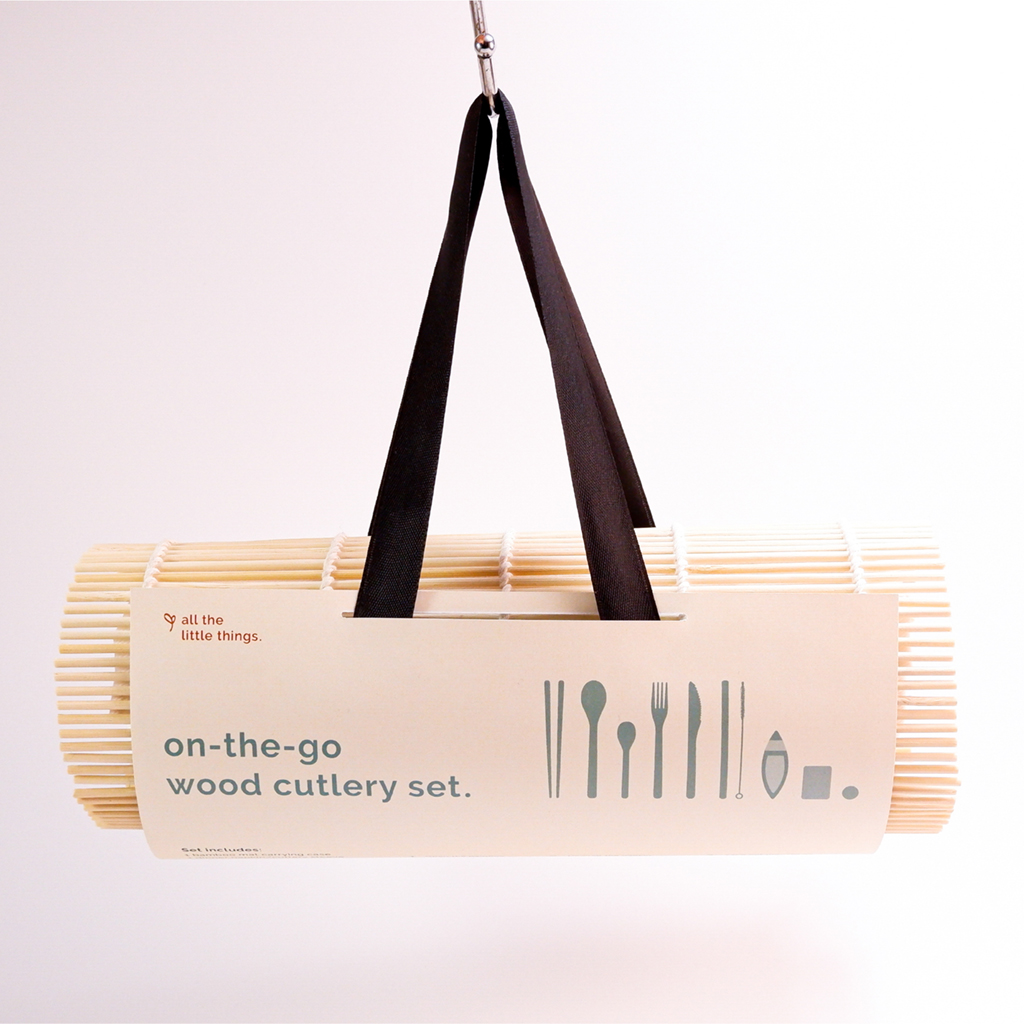 all the little things. 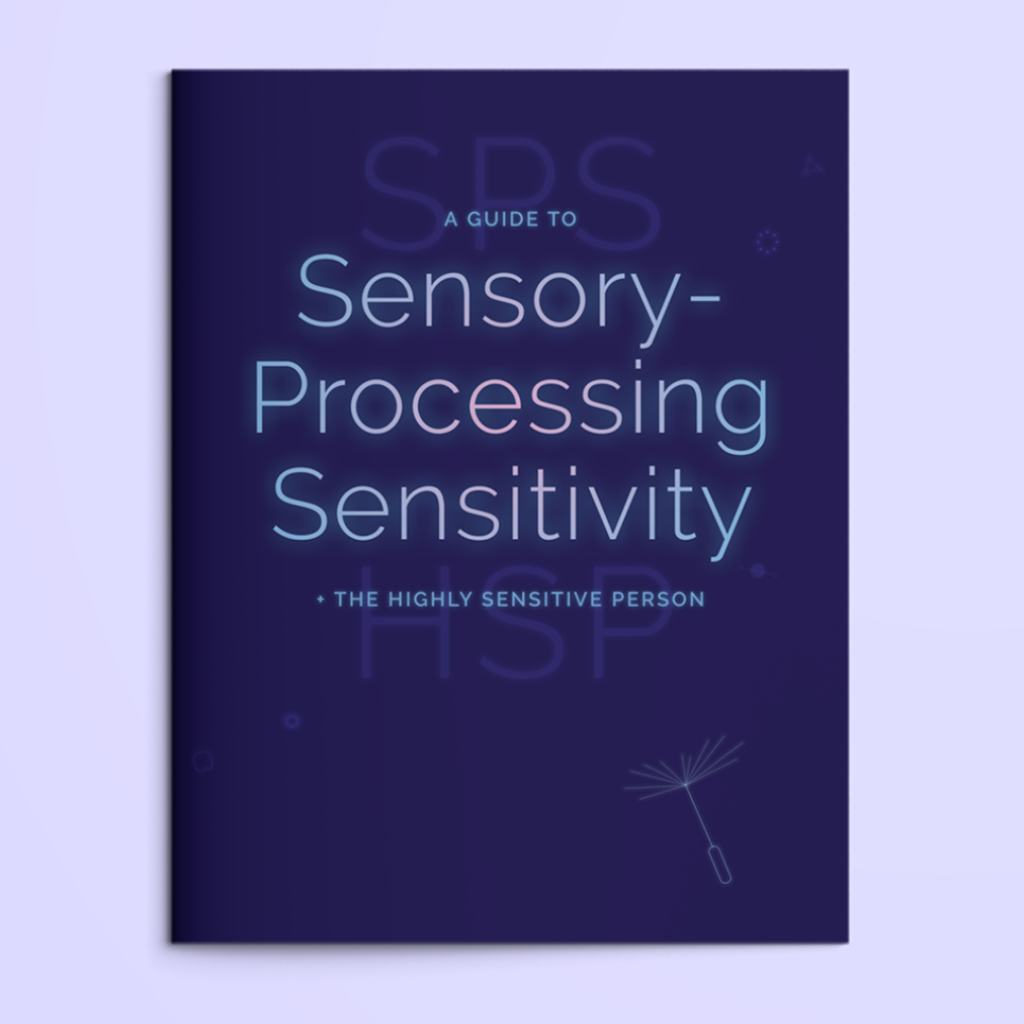 A Guide to SPS 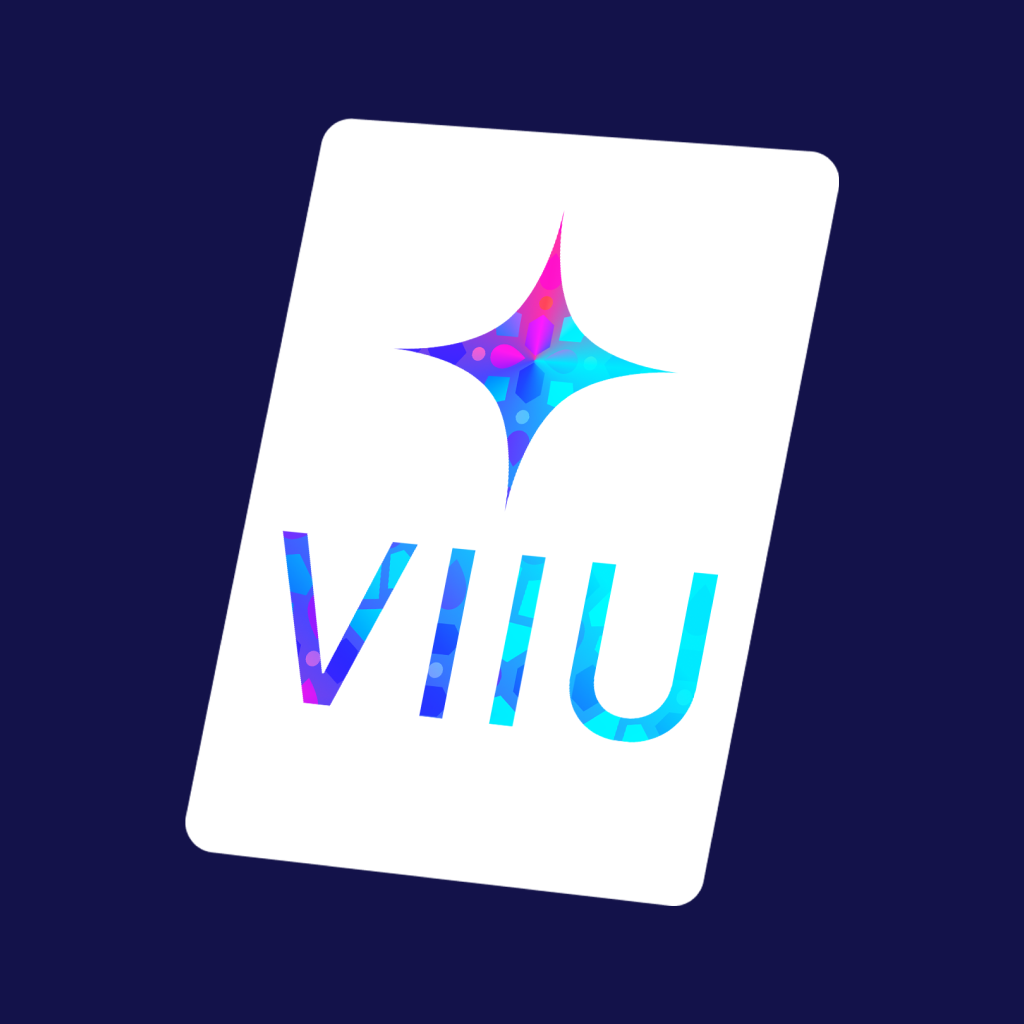 VIIU: A Card Game
Special Thanks to...